"Buttons and patches and the cold wind blowing,
The days pass quickly when I am sewing"
~Author Unknown

It must be! I started my Halloween Witch's checkerboard recently and just love this design. It is not for lack of enthusiasm most certainly but I am having major problems with this. I definitely think that I have a witch's curse placed on me. How else could I continually make mistakes counting the stitching?

First I recounted the witch three times before I found out that I did not make the mistake in counting the stitches but in having jumped two threads by mistake where her broom goes off diagonally. I went down over two instead of over one. Now I am very Dutch and find it very wasteful to frog this much overdyed thread. On top of that, I don't have more than one card of this thread. Yikes! So I considered stopping and turning her into something else with only a few stars and one Jack 'o lantern. I found a way to make this work keeping my mistake and knowing I will have to repeat this same mistake with the witch's sister on the other side. That is going to be fun...not! But I am up for this challenge or at least so I thought.

I then realized the Jack 'o lantern to the left of the witch (no you don't see it in the photo as it is no longer there) was falling on the wrong line. Again, I smacked myself in the head and thought how could I make such a stupid mistake again! So I did frog this one and started back up at the stars to get my count right. Well...guess what? It was right! I have the Jack 'o lantern to the right wrong. UUGH! Now I have to frog it and put the other one back in.

I cannot remember ever having so much trouble with a chart. But it is not this wonderful chart. I am certain I have a witch's curse. She is laughing at my reflection in her cauldron as she awaits Halloween. But if she does not leave me along soon, she will not have the checkerboard to play with on Halloween night! 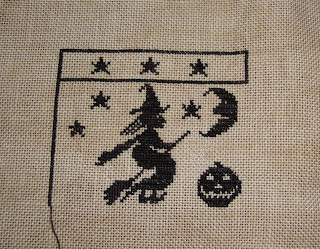 I found this fabulous poem online today and just had to share it. It was written just a few years ago and I just loved it to accompany this post...

A wart upon my crooked nose
I’d hold a big, black cat
And on my long and shaggy hair
There’d be a pointed hat

I’d drink no potions, no, just eat
Those gooey trick-or-treats
I’d get by stopping house to house
Astride my broom’s rough seat

Authors Den/Martha J. Robach
Posted by Heidi at 6:39 AM

First, let me tell you, I think I might have given up, or just left it.
I cannot believe YOU are having this much trouble. I must be your sister, playing tricks on you.
It is fun riding around on your broom. Just ask Barbara and me. LOL.
It is going to be very cute. Is it going on vacation with you, or is it making you too made for a nice trip with you?
Love you, Mom

Oh dear Heidi,
I'm so sorry you're having problems with your witchy stitching:

Haha! I've just made this little spell up but it sounds as if it might do the trick.
I can imagine your frustration when you realised the mistakes in your stitching but, as usual your optimism and resourcefulness comes to the rescue - now where did I see that feather...haha!
Hugs Angela

I have this counting curse when I do Quakers. I just finished frogging nearly a third of the current block I'm working on, grrrr. I hope your witches curse is lifted soon, as I want to see more of this design! :D

O,O, a curse...
Can't you paint dagi black, buy a pointy hat and a black dress?
Maybe you can fool her, if she believes you are one witch too.
Are you??...hihi

This is a design I'm wanting to stitch also. What linen color are you using? I like it!

You are a star for keeping at the, Heidi! I'd probably have given up long ago - or put it away until next year and fresh eyes. I do like that pattern though, and may look for it for next year.
Great poem!! I'll send it to my sister who likes to dress up as a witch on Hallowe'en.

Great poem and kudos to you for not giving up (in)
Burn some sage and send that witch someplace else to play ;-)
Can't wait to see the final stitching, I love this design!
Hugs2U :-)

Oh, oh, poor Heidi, but I do believe that witches can do magic too.... So mayby if she gives your checkerbord some magic, it will work out for the better.

I was cursed on my last Fair and Square pattern. Because it was for someone else, I ripped it out (repeatedly) and did it right. But if it had been for me, I'd have left it alone. lol I hate wasting the threads, too.

Heidi....I'm sorry this little witch is giving you fits...but I think you are winning. Love the Witch poem...hugs, Linda

Hi Heidi...Looks like your witches stitches is trying to get the better of you...I think you will get past the little glitches and your stitched piece will be devine:-)

how nice to know that even a professional like yourself still can make a mistake. I am constantly making such mistakes. I think that is why I always give up on cross-stitching. :-)

(Just to let you know, I've tried sending you email but it has bounced back. Wondering how you're doing ....)

Urgh, sorry to hear about the counting problems!! Sometimes I figure it's a sign from the stitching gods that I need to put it aside for a bit and work on something else. I love your progress, though! It's such a cute piece.

Great finish on your Virgins sampler!

What a wonderful Halloween design. I hadn't seen it in your previous posts as I was on vacation. Sorry about the miscounting but you're not the only one, believe me, lol. I sometimes get the impression that there are projects with a spell on them, at least in my stitching basket, lol. I hope the rest of the pattern will go smoothly.

I like your work, it is beautiful.
I congratulate
good bye
Josefina
tijerasycuchara.wordpress.com

Heidi
I am complete when I am busy with needle and thread whether it is stitching or quilting. My needlework blog title is inspired by my love of history connected to needlework. A needle and thread connect us to women who passed before us. My home and garden blog is named after our tiny getaway in the woods ~ Cranberry Cottage.

"All of my scattering moments are taken up with my needle." 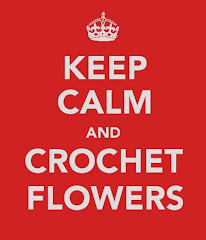 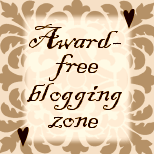 I want to thank everyone who has honored me with an award or tag. I have decided to make my blog an award free zone as I find it difficult to pick and choose myself among the blogs I love. I think every blog is great in its own way.